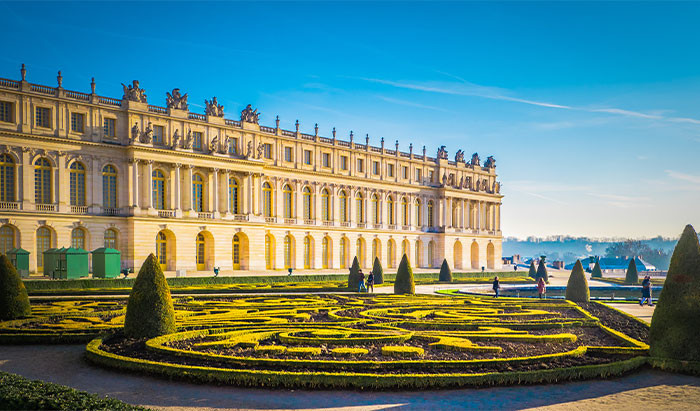 Did You Know? The Palace of Versailles is the Result of a Sweet Royal Revenge by Louis XIV!


All started when Nicolas Fouquet, the French finance minister, who was known for his intelligence, boldness, and devotion to the monarchy, decided to build a Palace to reflect his grandeur. Louis Le Vau, Fouquet’s architect, helped him to realise his project and created for him a half-stone half-brick building that would represent a transition in the history of architecture. Louis Le Vau mixed Classicism and Baroque and created a perfect compromise called 'Palace of Vaux le Vicomte'.

In August 1661, Louis XIV was invited to the newly-finished Vaux-le-Vicomte, where Fouquet organised a party to showcase his extraordinary Palace, including the beautiful gardens and their fountains, as well as the architecture of the entire building. It was such a big show that it would be remembered as one of the finest celebrations in 17th century France.

But Louis XIV was not pleased at all. He wanted a château of his own, a testament to his sovereignty, something that could show his authority, and no one else could own something better! The 22-year-old King drew up a plot to ensure Fouquet’s downfall and he had him arrested a month later.

Ultimately, Louis XIV decided to renovate his father’s small hunting lodge near the village of Versailles. He designated Fouquet’s architect, painter, and gardener as the team that would work on his project. Guess what? The Palace of Versailles came to life!

Curious about visiting Versailles with this in mind? If so, we can help you plan a private visit to the ‘Galerie des Glaces’ - Versailles to Yourself - former home of Louis XIV, an exclusive and unique full day tour including a visit to the local market of Versailles, the matchless gardens - which were Marie Antoinette’s private sphere - the Grand and Petit Trianons, and also a luxury picnic in the gardens of the Palace itself - Luxury Picnic in the Gardens of Versailles.

Instead, for those who want to see the place that moved King Louis XIV to the jealous rage we definitely recommend either a half or a full day tour, respectively Vaux le Vicomte and Vaux le Vicomte & Fontainebleau.
DISCOVER ALL STORIES
COMPANY PRESENTATION