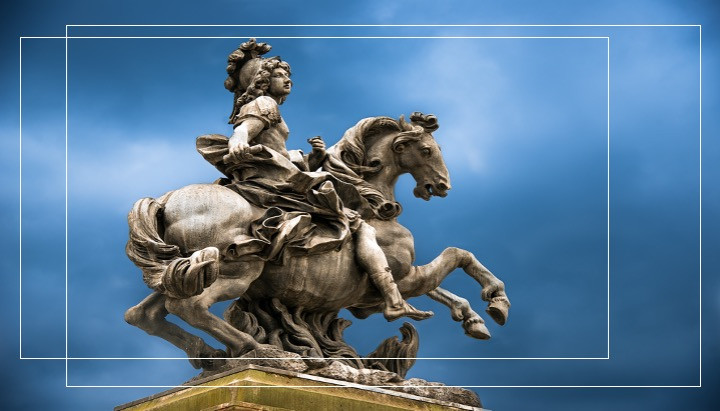 The Palace of Versailles is one of the most beautiful and majestic buildings in the world, an opulent complex and former royal residence, situated outside of Paris as well as a World Heritage Site by Unesco, it is the result of a sweet royal revenge by Louis XIV!

It all began when Nicolas Fouquet the Superintendent of Finance in France who was known for his intelligence, boldness, and devotion to the monarchy, decided to build a Château to reflect his grandeur. Louis Le Vau, Fouquet’s architect helped him to realise his project and created for him a half-stone half-brick building that would represent a transition in the history of architecture. Louis Le Vau mixed Classicism and Baroque and created a perfect compromise called Château of Vaux-le-Vicomte.

In August 1661, Louis XIV was invited to the newly finished Château Vaux-le-Vicomte, where Fouquet organised a party to showcase his extraordinary home including the beautiful gardens and their fountains, as well as the architecture of the entire building. It was such a big show that it would be remembered as one of the finest celebrations in 17th century France, however the King was displeased because the celebration had been so impressive and that one of his subjects could build such a magnificiant Château. Louis XIV said no one should have a Château superior to the King! The 22-year-old King drew up a plot to ensure Fouquet’s downfall and he had him arrested a month later.

Ultimately, Louis XIV decided to renovate his father’s small hunting lodge near the village of Versailles, he designated Fouquet’s architect, painter, and gardener to work on his project, and guess what?! The Palace of Versailles came to life!
DISCOVER ALL STORIES
COMPANY PRESENTATION